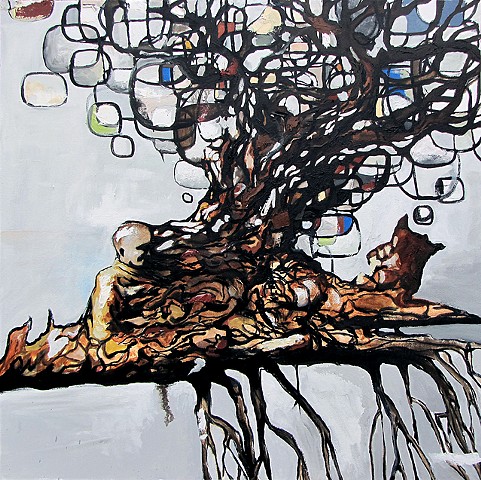 “For men, hierogamy and sacrifice are superimposed only in the invisible, in the sacrifice of self to the Self, the coniunctio between self and the Self. The invisible for man is the visible for the gods. The appearance of the world came about with the copulation of a god with that which was not god, with the laceration and dispersion of a god’s body; it was the expulsion into space of a cloud of infected matter, infested by the sacred.

The most discreet and delicate way of having the gods understand the irreversible, scourge of all mortals, was the libation: you poured a noble liquid onto the ground and lost it forever. It was an act of homage, of course: the recognition of the presence and rights of an invisible power. But it was something else as well: an attempt to make conversation. As if men were saying to the gods, Whatever we do, we are this liquid poured away.”

-Roberto Calasso, The Marriage of Cadmus and Harmony, p. 193